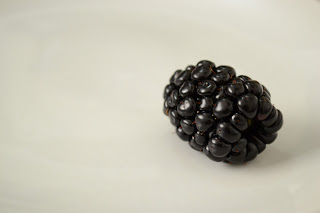 This week, Research In Motion, the Canadian company that produces Blackberry launched their new phones and changed their company name to Blackberry. In the US and Europe the story is about whether Blackberry's new models will succeed in competing with Apple's and Samsung's offerings in the smart phone market after years of declining share. According to  Strategy Analytics Apple sold more phones ('smart' or otherwise) that any other manufacturer  in the last quarter of 2012. But in Africa its a different story.

For those of us old enough to remember, Blackberry was really the first and for some time the only smartphone - the first phone that delivered the Internet - and specifically email - to mobile devices. It dominated the business market.

As Gadget points out today, Blackberry is the smart phone market leader in Nigeria and South Africa. South Africa is an important enough market to Blackberry that it held one of their launch events in Johannesburg and will release the new phone here before they do in the US. While it is still popular in the business market, its success is in the general consumer market - it has succeeded in penetrating the youth market - voted the 'coolest brand' in SA. So is this because of the phone? No. Its because of the service: BBM and BIS and the revenue model that goes with it.

BBM is an alternative to SMS for Blackberry phone users who subscribe to Blackberry's Internet data service (BIS). South Africans use a lot of SMSs and they are very expensive. Once you have BIS, BBM messages are free. BIS is by far the cheapest Internet service (fixed or mobile) available in South Africa - about R60 (less than $10) per month - and it allows unlimited email and (pretty slow) web browsing. Today it is still the only 'as much as you can eat' Internet service available in South Africa as far as I know. As a result, over the years on campus, I have watched Blackberrys become almost ubiquitous amongst students. So the bottom line -  their success in Africa had nothing to do with their devices and everything to do with their service offering.

But the for the new phones launched this week, it appears (Blackberry are yet to confirm) that there will be no equivalent to BIS. This means that it will be as expensive to be connected on a blackberry as it is on an iphone. At the moment there are probably more than five times the number of blackberrys in SA as iphones. Our research (www.networksociety.co.za) shows that two thirds of new Internet users in South Africa are on low incomes (as are most students!) Blackberry may or may not compete in the top end of the Market in Africa (Arthur Goldstuck of World Wide Works is doing some research currently in SA and Nigeria and appears optimistic that they may still succeed here because of the strength of their brand). But this change is very likely to have a dramatic effect not only on their market share in Africa (counted in numbers of users) but more importantly, on Internet growth here and on the extent of their Internet use. For many users and potential users, the alternative to a blackberry will be a feature phone and (expensive) pay as you go data.

It also raises a question for me as to whether an ISP could enter the space that Blackberry appears to be vacating or whether regulatory barriers or competition issues make this all but impossible.