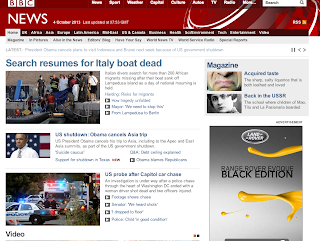 Question: how comes BBC British domestic radio news and the BBC News website  led this morning with the story of more than 300 Africans having died off the Italian coast when a ship carrying them sank while the South African radio stations I listened to this morning didn't run the story at all ?

These days I switch between five radio stations: two Johannesburg talk stations - Power FM and 702, the national public broadcaster's english language station - SAFM (all on FM - no digital audio broadcasting in South Africa) and BBC World Service and BBC's domestic talk station (via Internet). My local award-winning news station - Radio 702 -  and my national talk station - SAFM - didn't run the story at all in the news bulletins I listened to this morning. 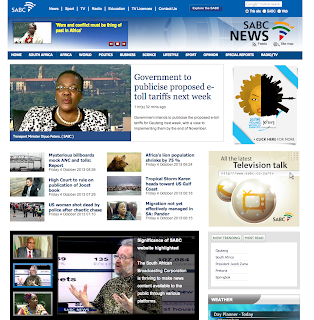 On their website today, the BBC leads with the story on their main news page. It also has testimony from survivors and quotes from the Italian interior minister in a detailed story last updated this morning.  It has a video report by their European Correspondent Gavin Hewitt. It also has a background piece on African migrants from the horn of Africa by their Africa correspondent, Andrew Harding. SABC's news website does not have the story on their home page. Under 'Africa', you can find a Reuters story from yesterday. On 702's news website home page there is a reference to the story buried low down on the page. Their coverage relies on the same Reuters story  from yesterday that SABC carries. 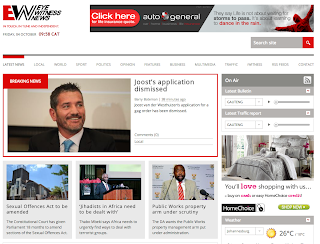 The Italian Interior Minister said yesterday that "This is not an Italian tragedy, this is a European tragedy," according to the BBC. It appears he and South Arican news editors are in agreement that it is not an African story.

In this case the cynical guidance that 'if it bleeds it leads' does not seem to have been applied. 'What is newsworthy?' is a question that occupies the minds of editors and journalism educators frequently and no two editors may agree. So there is always room for differences and choices between publications. But the day after the bomb in Nairobi, there was plenty of coverage in South African media. This time virtual silence. Maybe refugees and migrancy is somehow less interesting to editors here than global terrorism? There is also a question of resources. A recent report on South African newsrooms from Wits journalism highlights shrinking newsrooms. But even where editors are forced to rely on agencies, their weighting of this story demonstrates to me a shocking lack of connection to the continent and continental issues.

(note that the links in this piece were found on the morning of 4th October. If you are reading this story at another time they are likely to be out of date).
Posted by Unknown at Friday, October 04, 2013